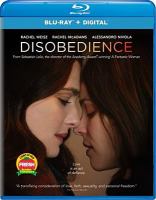 I'm not saying a word about the movie but its excellent and a must see.

Brave. Thoughtful. Engrossing. A long look into the world of the Orthodox.

I understand gay people have relationships. So why is it necessary to witness the sexual side of the relationship? It is distracting to the story. Surely the relationship is more than sex.
I enjoyed learning more about the Jewish faith.

I very much enjoyed this film and its portrayal of the complexities of relationships (variously familial, marital, romantic, and religious) within a very conservative community, precipitated by the death of a beloved and respected rabbi, and the return of his estranged (from both him and the community) daughter who was not told of his being unwell until after his death. Like many rewarding films it is a story of redemption, and of new understanding. I also liked how it was often quite subtle; if one did not know that Orthodox men are supposed to have no physical contact of any sort with women to whom they are not married or closely related, or that Orthodox women must either keep their hair covered with scarves or hats, or wear wigs, one would have to deduce that from watching the film carefully. Great movie all round.

So disappointed with this film. It felt very muted and wooden throughout. It was hard to see much of the relationship between the two women, it was hard to see and understand the relationships in general in this film. The relationship the main character had with her deceased father must have had complexity and layers, but we get to see so little of that. What does it mean for her when her father, someone who rejected her and repressed her in various ways, dies? We get to see that she misses him, and that other people have expectations of what she "should" feel, but I don't know really what else is going on for her. I really just wanted more from this film.

That said, as a comment on an earlier review complaining that anyone not Jewish would be entirely offended by this film, I found that this film offered a lot of new-to-me information about Jewish Orthodoxy.

The ties that bind suffocate and destroy (or partially destroy) lives.

But even in such a tight-knit community as the one depicted here, there are second chances. We're used to thinking that personal freedom is ours for the taking, however in this authoritarian atmosphere, one of the characters asks to be set free because the weight of religious tradition is such that she is deeply conflicted and feels trapped by it.

So this is not actually a review, but thoughts that came to me after watching the film which is riveting and features superb acting from both Rachels. The ending was not quite as satisfying as I wished it would be, but given what has happened in the story, one can say, you can use your imagination as to what the future holds.

RECOMMENDED - I really enjoyed the performances and the story. However, the journey was better than the destination. Hope that makes sense.

NOTE TO PAST REVIEW: I am not of the Jewish religion and I still liked this movie. I am not a dinosaur scientist either but still enjoyed Jurassic World. Not sure why a movie watcher has to be related to the material to enjoy it. Isn't that what movies (and plays) are for? To visit a world that we are not familiar with. And in doing so, learn about different cultures, places, religions, etc.

I enjoyed this film more than I thought I would. Nice work by the two Rachels and Alessandro Nivola.

Were it up to me, I might have ended it with the scene where the three main characters are all embracing outside the synagogue after the hesped. In any case, I found it fruitful to go back and watch Rav Krushka's sermon at the beginning of the movie. Dovid does have "sufficient understanding".

The two Rachels are great. They make a sweet couple and I wanted them to be together.

I really had to research where the two protagonists locate on the HLGBT spectrum to help me determine what they were giving up at the end of the film. It was the opposite of what I had suspected (according to Wikipedia).

The book was okay but this movie was disgusting.

We watched the movie for 35 minuets and would highly recommend that you do not not watch this movie unless you are Jewish. If you do watch the movie you will find the religion is very unforgiving and not accepting of certain types of people like gay & lesbians it is forbidden. It is slow & boring and all people do is look at each other with the expression "I don't like or trust you, because you are different". Everyone ask each other how are you and the answer is always a slow soft fine. I felt someone should say I feel lousy my dad died and people are treating me with distrust. I am sure if we had stayed with it to the bitter end we may have learned a lot but I would rather hit my thumb nail with a hammer. The only reason I checked out the DVD was the high ratting it got from others, but now I suspect these came from people who belonged to the Jewish faith.

Great cast and superb acting. Very emotional story too. Singing parts done beautified too, extremely well incorporated into the story. Everything worked well in this movie.

I started reading the book but I was a bit bored. I then watched the movie and it was much better.

When I first read the storyline, I thought 'oh no, yet another gay movie...' but this is such a good movie: great acting, directing, editing and the whole works. Two of my favourite actresses on screen; what can be better. It's a 'heavy' on the emotions type of movie so probably not a good date night movie, but good with friends and families to generate discussions after.

Four out of five stars as I wasn't sure about the ending...what it exactly meant. Open to so many interpretations.

Extremely well acted however the ending left me totally confounded.

I enjoyed watching the movie and highly recommend it

This romantic/drama film starring Rachel McAdams and Rachel Weisz is about a woman returning to her Orthodox Jewish community after the death of her father. She is left struggling with fitting in around the same people who alienated her for her attraction to her female friend while growing up. After the two women meet again, they begin to explore their sexuality and their relationship with one another under the guise of their faith. I found the movie to be fairly honest about the role that religion plays in our lives and how it can both bring people together and pull them apart. The movie was fairly believable and nothing felt like it was just being played up for the cameras. I would rate this movie 4.5/5 stars and recommend it to anyone longing for a heart-warming and honest film. @The_Reviewer of the Teen Review Board at the Hamilton Public Library